Exactly how many times is a blogger allowed to say “I’m back” before people stop taking them seriously? I’m not sure. Let’s find out shall we?

2020 has been a trippy year, hasn’t it? I hate to say it, but I spent a lot of the year holding my breath and waiting.. What about you?

— Church to open back up.

— My calendar to get “unpostponed” Yes, I made that word up. We didn’t say “cancelled” because that was too depressing. “Postponed” sounded much more helpful, if not a little bit of a denial of reality.

— My husband to go back into the office. He has been working from home since March. I could write a book about that.

— My Dad to finally get accepted into Assisted Living. – we just moved him in two weeks ago.

A lot of my comedy peeps have been posting videos, creating new ways to Pivot – and some nailed it I might say and me?

It wasn’t all waiting. It just felt that way some times. We closed our Cove for the safety of our guests and picked up an antique booth, stained glass, pottery making, soap making, writing courses, and the art of BBQ. I’ve also written new parody songs that I cannot wait to share.

I’ve also been taking care of my 82-year-old father, having groceries delivered and keeping him safe until there was room at the Inn.

Dementia sucks. I’m just going to say it. We were both exhausted by the time he moved.

I had already planned taking 2020 off until I could get Dad some place safe, so the lack of work wasn’t unexpected. The lack of fellowship? That was a whole other ballgame. I miss eyeballs, belly laughs, and hugs. Oh do I miss hugging my friends.

Although with all of the political fighting I’m seeing online, maybe staying home hasn’t been such a bad idea. Unfriending people on Facebook is a lot better then unfriending them in real life. There are just some things, I really don’t want to know about people and the snooze function is only good for 30 days at a time.

I’ve missed seeing everyone though. Church has opened and closed again for our group after both pastors, their wives, and half the praise band tested positive a few weeks back. It will be January before we are meeting again. For now we Zoom. It’s not quite the same, but it’s still something.

I also made a commitment to keep writing and do more with my time than wander the house looking for food, asking my husband when he thinks he will be returning to the office, or binge watching Netflix. Although I gotta say Schitts Creek and Virgin River are AMAZING!

Whenever I got hyper or anxious and would hold my breath, my banjo used to say “Breathe Darlin’ ” — and my summation of 2020, daily reminders to myself to just breathe, it’s gonna be okay.

Funny thing happened on the way to becoming famous, life. Abundant life in all of it’s glory, heart break, and joy.

One of the first things that happened is I allowed my domain to expire and someone bought it, which depressed me. and…. I went on an adventure.

I couldn’t get my domain back, but hopefuly dot org, rather than dot com won’t be that bad of a change.

I have no idea if you guys are even still here.

I hope so. Because do we have a LOT of catching up to do! I can’t wait.

Not only did I fly to California last month for a comedy contest at the Ice House – my dream club by the way – I flew there with a 24 hour old brand new hair style. That’s huge for a control freak like me, who has to look perfect at all times.

My girlfriend gave me dreads.

You read that right. Dreadlocks.

Now, I do not have your typical home grown variety that takes years to grow, but rather the woven with a crochet hook and added extensions variety. In other words I cheated. It took 19 hours in all to go from a redhead with many bands and shades of red and gray, to a blonde with super long dreads. I might have cheated, but I’m okay with that. Yes, I do wash them. I use Castille Soap and I keep them rinsed, they just take 8 hours to dry. And I’m still figuring out the style.

This particular hairstyle speaks a courage that I am still growing into. This is definitely one of those take action and the courage will follow ideas. I’m getting there.

The upside my guitar-player husband is now suddenly married to a blonde with dreads. He is beside himself giddy.

I’ll post pics of the contest later this week. But for now, check out the hair.

Heads up Tulsa! My friends and I are going to be at Lot 6, THIS Saturday – July 30, bringing the funny. Show starts at 9pm. Hope you see you there! 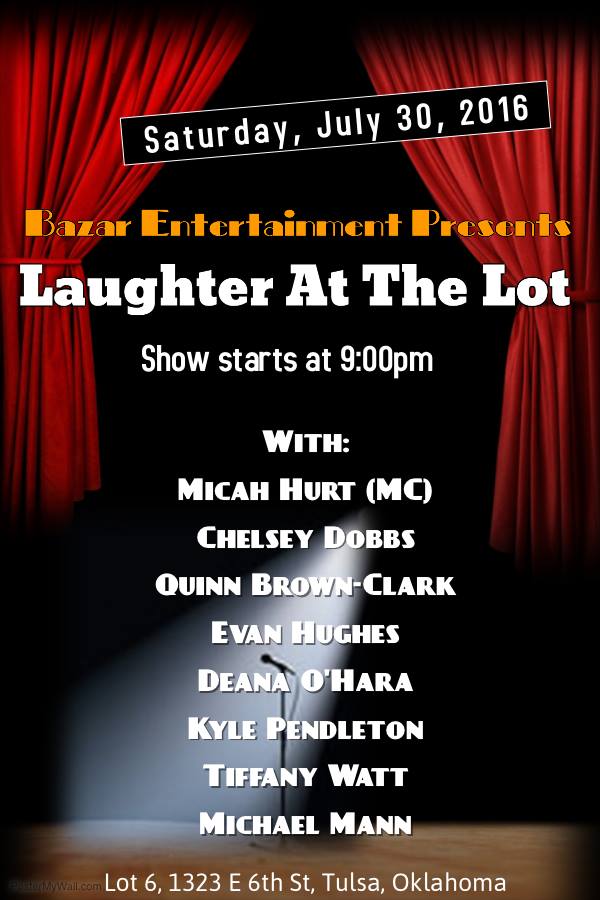 (Please note: I am a humorist by trade and this post does not in any way shape or form diss Tulsa Tough or the Divas -for the fans and riders out there- y’all are awesome and I admire you. Preferably from the sidewalk with a cold beer in one hand and a food cart dog in the other, but admire you all the same. )

Life after kids is a trip. Some of my adventures turn into great success  – I swam with sharks, earned 30 college credit hours so far, and do comedy for a living(ish) – so there is that,  while others are best left on the side of the road or under my bed like my team kit and forgotten.

Do you guys remember when I was into cycling? I traded in my walmart three speed built for Mom bike and purchased a Giant brand road bike. A pretty steep investment for a mom turned cycling enthusiast, but surely it would be worth it.

I became a voracious reader of all things cycling. I even watched races and tried to be interested. Man they are BORING! I rode the River Park trail (turning around at Turkey Mountain because, well Turkey Mountain) and I bravely captained a team for the Tour de Cure, not once but twice. I was certain THIS was going to be my sport. My thing. My avenue to fitness and badassary.

Hyped up on the cure ride, I wanted more so I joined the Diva’s, bought a kit, had clips put on my pedals and set out to train for the Tulsa Tough. I did ask the guy who installed my clips if they were safe, and he assured me “why yes, my daughter got hit by a truck while in hers and she came right out of them.”

I read that the diva’s were going to start out with a fun 24 mile ride and I decided I needed to pre train before attempting to hang with such aspiring peeps. They said it was a “no drop” ride, but seriously, 10 miles was my personal best to date and most of it was on level ground at River Parks. — 24 “fun” miles with hills was going to take some work. I didn’t want to make an idiot out of myself my first day out so I pre-trained. That wasn’t necessary, but I did not know that at the time.

This was my downfall.

I excitedly put on my gear and hubs and I headed to the River. Team riders from all over nodded and waved in encouragement as we rode the trail. It was awesome. I mean when I rode in mom jeans I was ignored and passed with impunity. In a team kit, riders slowed down, made eye contact and gave me a thumbs up. I was visible and encouraged.

Drunk on their encouragement, I thought, hey lets try the trail with hills.

We were great. That is, until I got over heated and lost my lunch while cresting the hill at Sheridan Road.

Did you know that you cannot unclip and puke at the same time?

I reached a point of such desperation that I looked for a truck to crash into. Failing to find one, I simply crashed my bike into the bushes at the top of the hill and laid there, bruised and bleeding, clipped to my bike and puking until my husband realized I was no longer behind him and came back to get me. That’s romance right there. Okay not really, but he did promise for better or for worse.

Shortly after that I tripped on the beach and broke my ankle (walking even perplexes me some days) and spent 16 months in a boot and knee cart. I did eventually heal with orders to not run or do anything high impact because of the metal now holding my leg together, while disappointing, I’ve come to accept that.

I could have gone back to cycling. I could have taken it slower. I just chose not to. I don’t want to risk greater injury. Riding can actually be a very dangerous sport. Especially on the road. I’ll leave the sport of cycling to the athletes.

I do still ride my $2,000 bike today – trails only – lest hubs makes me sell it, for fun and for free now rather than for props from strangers and I like that. It works for me.

I’m learning that I don’t have to be all or nothing to enjoy an activity. I don’t have to train, I can just ride for the fun of it. I can lay down my competitive spirit and just enjoy the outdoors.

Life after kids isn’t all or nothing.

Three shows in three weeks made this introvert exhausted. It was fun though. Here is a short clip from one of them. A group of us did a family friendly show at the Bin and had a decent turn out. Hope we can do that one again. Boy was it fun. The sound is a little wonky, sorry about that.

Justin Fennell  is coming to Lifepark Christian Fellowship in Tulsa Oklahoma on Sunday, April 17 at 7:30 pm. Our local friend and comic Gary Thompson is opening for him, and I’m hosting.

Admission is free and we’ll be taking a free will offering to help offset his expenses. Doors open at 7:00pm. Be sure to bring your whole family out. This is going to be a blast.

Everyone loves a good laugh

That’s what you’re guaranteed to experience when you hear JUSTIN N. FENNELL. (That’s “fin” + “nail”) Don’t say his name too quick or it sounds like just an infidel! It’s yarn-spinning stories, props, audience participation, funny music and stand-up comedy. The best part of it is that all of his material is clean and appropriate. Fennell says, “you know, it doesn’t have to be filthy to be funny.” His performances are rated “E” for everyone! 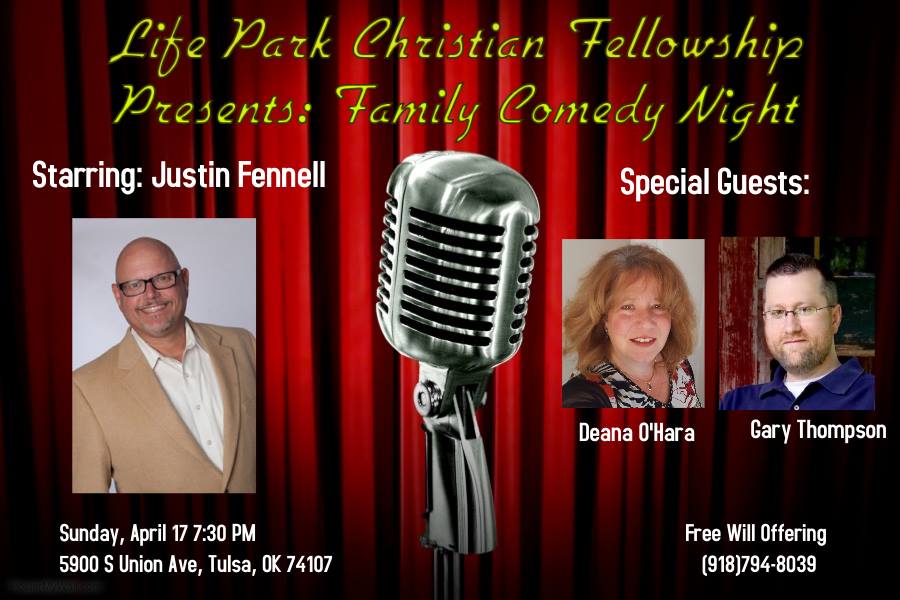 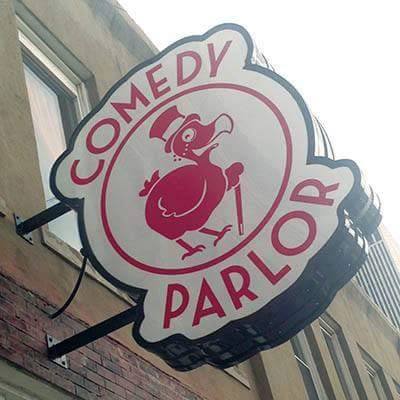 Come one come all to The Tulsa Comedy Parlor ( 328 E 1st St, Tulsa, OK 74120 in the Blue Dome District) at 8:00pm TONIGHT for a show so clean, you’ll feel dirty missing it. Tickets are $10 at the door.  Its a great showcase of some of Tulsa funniest comics — you won’t want to miss this. 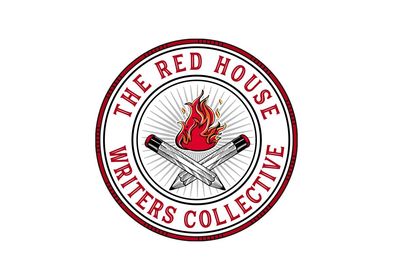 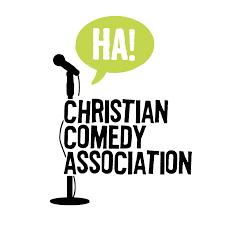