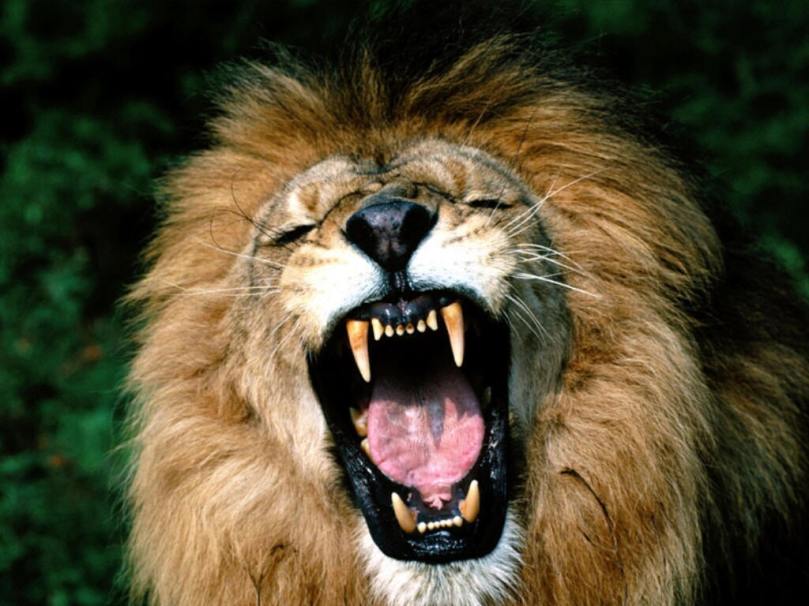 I am not much of the roaring lion type — unless I’m dealing with a rebellious teen — don’t ask. Still, I do find new days and new ways of doing something brave.

Take stand-up for instance. Those who’ve been following my blog know that I’ve stepped out of the house and onto the stage. It hasn’t been easy. Truth be told my first few times doing comedy, my fear spoke more loudly than my jokes. Even though I’m afraid, I keep going back. My biggest hurdle facing me right now, is the microphone. I don’t know how to handle it well and therefore I’m intimidated by it.  And yes, Sigmund Freud would have a field day with that.

Jeff, “The Microphone is your friend, Deana.”

Me, “Yeah, well you told me something else was my friend and now we have two sons.”

I was asked to perform recently and it was the first time on stage since my hysterectomy. Nervous would be an understatement.  The mic was “hot” according the host and for me, that spelled trouble. So, I handled my fear the way I handle all fears, I just avoided the mic. And lost a lot of laughs because of it.

Good news is, I still got invited back and will have my chance to try again. Which is a good thing, because I have a show in Yukon at the end of the month.

What thing do you get to try again?